Paul Stamets is an author, speaker, medical researcher, entrepreneur and mycologist. He is considered an industry leader in fungi as he lectures extensively on a wide range of mushrooms and how they can help the health of humans and our planet. He has led the charge on preserving many strains of mushrooms as he believes they have a wide range of medicinal benefits. Although Paul Stamets is the author of six different books, he recently gained more mainstream popularity after appearing on the “Joe Rogan Podcast” for the second time. 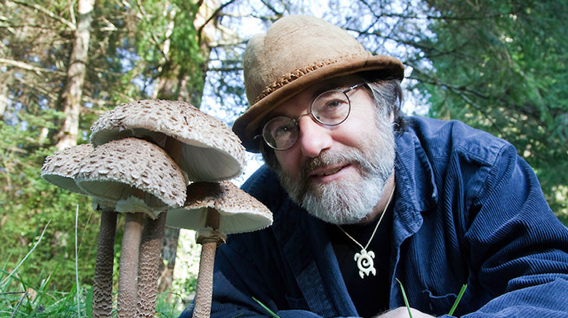 Paul Stamets has also spoken on and advocated for the “Stoned Ape Theory.” The Stoned Ape Theory was first proposed in 1993 by Terence McKenna, who was an American ethnobotanist, lecturer and author. The theory proposes that the transformation of species from the early Homo Erectus to the Homo Sapiens was mainly due to the addition of psilocybin-based mushrooms in their diet. McKenna believed that early humans were forced to search for new food sources after the desertification of Africa. He suggests that these early humans would follow large herds of wild cattle, whose dung was now undoubtedly part of their diet. With cow dung being a preferred habitat for Psilocybe Cubensis, McKenna believes that the psilocybin improved early humans vision, which in turn made them better hunters, resulting in a higher food supply, which ultimately led to higher reproductive success.

At the Psychedelic Science 2017 conference, Paul Stamets addressed over 3,000 guests from 42 different countries and said the following: “I present this to you because I want to bring back the concept of the Stoned Ape Hypothesis. What is really important for you to understand is that there was a sudden doubling of the human brain 200,000 years ago. From an evolutionary point of view, that’s an extraordinary expansion. And there is no explanation for this sudden increase in the human brain.” After laying out the teachings of the Stoned Ape Theory, founded by Terence McKenna and his brother Dennis, Stamets went on to state “I suggest to you that Dennis and Terence were right on. I want you or anyone listening, or seeing this, to suspend your disbelief. I think this is a very, very plausible hypothesis for the sudden evolution of Homo Sapiens from our primate relatives.” Stamets ended his speech on this note as the audience in attendance broke into a wild applause. 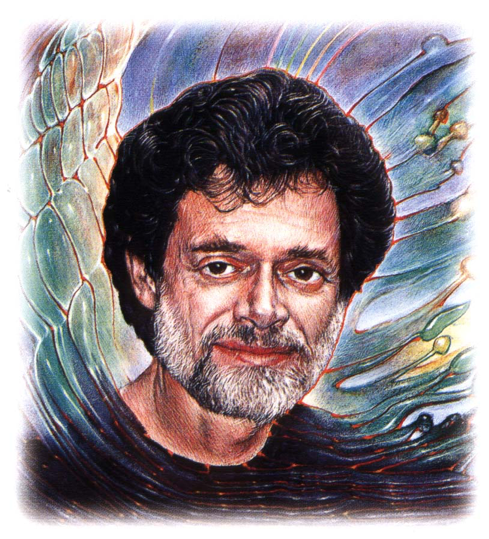 While Paul Stamets was speaking on the Joe Rogan Podcast, he mentioned a nootropic supplement stack that he referred to as “Stamets Stack”. This nootropic stack consists of psilocybin, lions mane mushroom and niacin. Stamets has said that he would like to see this supplement made available as a vitamin, as it has the potential to be “the next quantum leap in human consciousness.” Stamets claims that the combination of psilocybin and lions mane has the ability to perform neurogenesis, which is the creation of new neurons in the brain, which ultimately helps humans to think in new ways. He based this claim on a study where scientists intentionally damaged the brains of two mice through the use of a neurotoxin. The scientists observed the mice’s behaviour and noted that they showcased dementia-like symptoms. After introducing lions mane to the mice, the effects of the neurotoxin reversed and the mice no longer exhibited dementia-like symptoms. Psilocybin is included in the stack due to its complementary relationship with lions mane and its ability to penetrate different parts of the brain. Niacin is apart of the stack due to its deliverability of the mushroom molecules. Stamets believes that most neurogenesis occurs in the extremities; and with niacin being a flushing agent it carries GABA across the blood brain barrier which distributes the mushroom molecules.

Based on Paul Stamets nootropic stack, Microdose Mushrooms has created our very own nootropic supplement stack known as “Neuro Blend.” Neuro Blend consists of Psilocybin, Lions Mane Mushroom, Chaga Mushroom, Reishi Mushroom, Niacin and Niacinimide. We have added Chaga to our stack due to its ability to give users a “coffee like” boost without the anxiety or jitters often accompanied by consuming caffeine. Reishi was added to our stack because it has been scientifically proven to boost the immune system and aid in fighting fatigue and depression. Neuro Blend will help users who are seeking neurogenesis or those who are seeking a boost in creativity and focus. Neuro Blend has is also taken by users who are looking to combat their anxiety, depression, ADHD, PTSD and other mental ailments. We recommend speaking to your doctor, naturopath or other health care provider prior to using any new vitamin supplements. 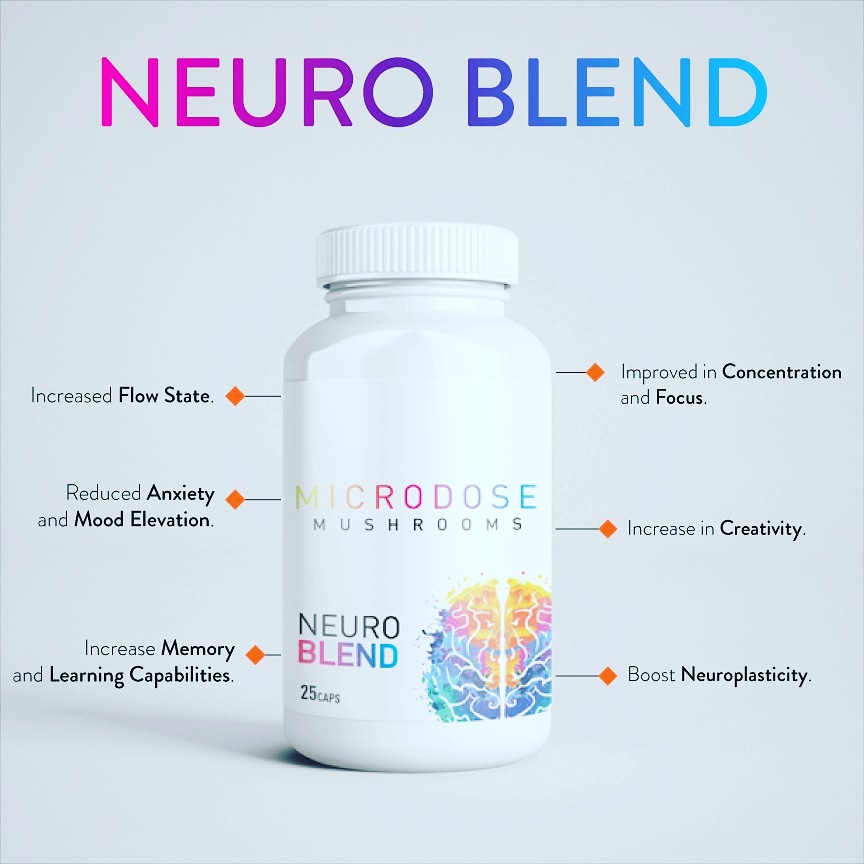