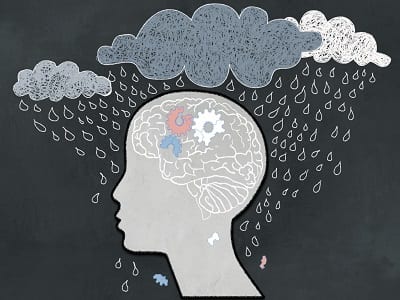 NATURAL REMEDIES FOR DEPRESSION AND ANXIETY

In a first-paced world, we experience many things and hold on to so much every day.  One of the results of the pressures we face every day is the development of depression disorder. Depression is one of the most common mood disorders affecting over 264 million people of all ages. It is estimated that 17 million adults in the USA alone suffer from depression, with many of them avoiding medical attention to help cure the disease.

Another excellent natural remedy for depression and anxiety is Saint John’s Wort. It is, however, slow, and patients may take up to 6 weeks to notice its full effects in relieving depression. The remedy may have some effect on other depressants medications, making them less effective.

Omega 3 is a common food supplement found in fish oil and cod liver oil. The acid works by restoring normal brain function to help the body deal with stress. Omega 3 has to be supplemented through food as our bodies cannot synthesize the chemical despite its effects on the body.

Folic acid or vitamin B 9 is found in leafy green vegetables, beans, fruits, and fortified grains. It is easy to become deficient in the vitamin due to poor diet or even medication. Taking folates may help one respond better to depression medications and hence promote faster healing.

Magic mushrooms have been used for thousands of years for recreational and spiritual purposes. Psilocybin and psilocin are naturally found in the so-called magic mushrooms and have a significant effect on depression from the studies conducted on the subjects. Perhaps this strong evidence led the FDA to approve the use of psilocybin in the treatment of resistant depression.

Perhaps the most significant takeaway is that the mushroom is effective on treatment-resistant depression and some health practitioners claim it, in essence, rests the brain. The big plus of its effectiveness on treatment-resistant medication is that it can be used after various medications have failed, talk therapies, or even lifestyle changes. The research further states that the mushroom effect can last up to five weeks after just two doses of the mushroom in contrast to other medications that need to be taken daily or even week. The remedy works fast, and there are no known side effects of using the mushroom for depression. Our product Neuro Blend is a great product to start microdosing with. Check it out here. A new study adds support to claims that the psychedelic drug psilocybin when combined with psychotherapy, can effectively treat depression and anxiety years after taking the drug.

The research follows up on a 2016 study that tested the effects of a single-dose, one-time use of psilocybin combined with psychotherapy on depression and anxiety symptoms among cancer patients. The study found both immediate treatment benefits and benefits six and a half months later for 60 to 80% of the study participants.

The latest study evaluated results in a smaller group of the original participants at three and four and a half years later and found “sustained reductions in anxiety, depression, hopelessness, demoralization, and death anxiety at both follow-up points.”

As with the first study, the researchers found that 60 to 80% of participants met the criteria for clinically significant antidepressant or anxiolytic (anti-anxiety) effects at the final four-and-a-half-year evaluation.

Even more of the participants also reported significant “positive life changes” associated with the drug-therapy combination, saying in some cases that it was among the most meaningful events in their lives.

While the specific brain mechanisms involved in how psilocybin assists in treating depression and anxiety still aren’t clear, the latest thinking is focused on how the drug interacts with the brain’s “default mode network,” which is activated when we’re engaged in self-reflection and mind-wandering, and seems to play a role in how we form our ongoing self-narratives. In depression and anxiety patients, this brain network is prone to rumination and rigid thinking. Psilocybin with therapy may help patients enhance their thinking flexibility and gain broader perspective that shifts away from rumination.

“Adding to evidence dating back as early as the 1950s, our findings strongly suggest that psilocybin therapy is a promising means of improving the emotional, psychological, and spiritual well-being of patients with life-threatening cancer,” said the 2016 study’s lead investigator, Stephen Ross, MD, in a press statement. “This approach has the potential to produce a paradigm shift in the psychological and existential care of patients with cancer, especially those with terminal illness.”

The results provide support for potential use of psilocybin and therapy for those suffering from treatment-resistant depression and anxiety, and are especially important for cancer patients, who prove even more difficult to treat with conventional methods.  Standard antidepressants work for less than half of cancer patients and have no discernible effect on “existential distress and death anxiety,” which are linked to increased suicide among patients, according to Ross.

“These results may shed light on how the positive effects of a single dose of psilocybin persist for so long,” said Gabby Agin-Liebes, a PHD candidate and lead author of the latest study, and a co-author of the 2016 study. “The drug seems to facilitate a deep, meaningful experience that stays with a person and can fundamentally change his or her mindset and outlook,” she added.

Next steps for this research, according to the research team, include testing the drug-therapy combination in broader, more diverse participant groups who have “advanced cancer-related psychiatric and existential distress.”

The study was published in the Journal of Psychopharmacology. 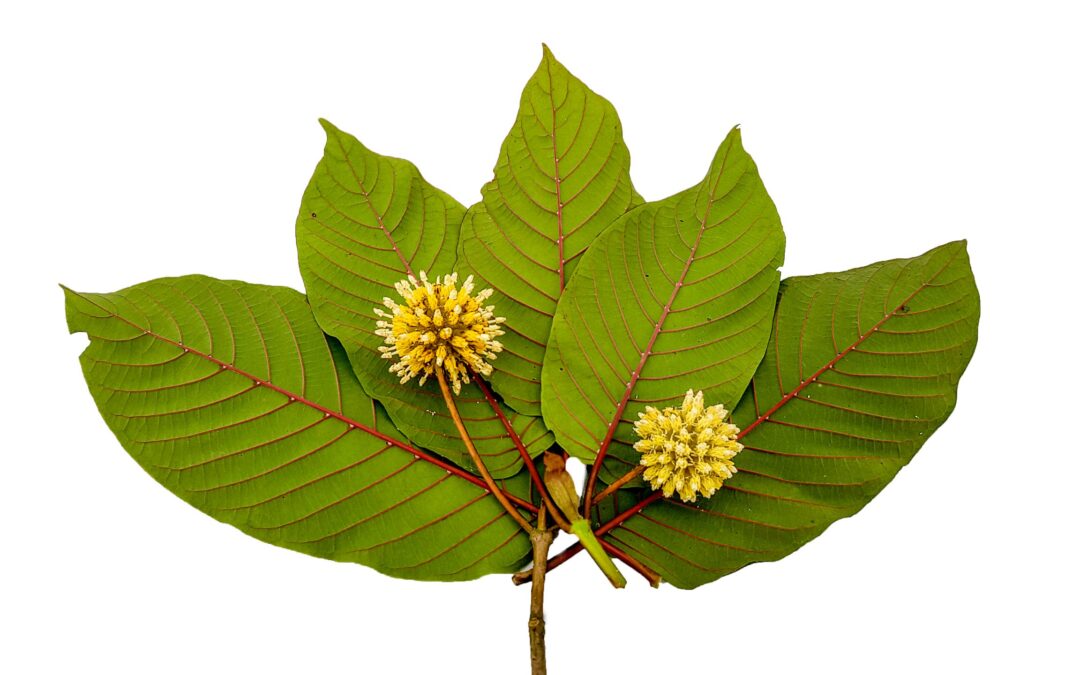 If you’re looking for a way to channel your energy and concentrate on what you need to get done, then Kratom can be a great solution. Used correctly, it can really help you focus and concentrate as a powerful nootropic.

Here, we’ll look at and discuss the positive effects of kratom to help you determine if this is the nootropic for you.

How Kratom Helps You Concentrate

The effect that kratom has on you depends on a lot of different factors:

All of these things will determine how you react to kratom and what it does for you.

Kratom is good for concentration for a simple reason. It binds to opioid receptors in your body and activates them. It doesn’t do this in an aggressive way like opioid drugs sometimes do, but just sufficiently to activate the receptors.

This activation results in the release of endorphins (known as analgesia). This relieves anxiety and stress and promotes mental clarity, focus, and concentration.

This is the basic science behind its nootropic qualities, but how can you use it most effectively in order to boost your concentration?

Getting the Right Dose and Strain

In general, a lower dose of kratom is recommended in order to boost concentration and mental clarity. With higher doses, you run the risk of triggering feelings of euphoria or creating excess energy. A typical Kratom dose is between 2-5 grams.

So, how much kratom should you use? In general, a lower dose of most strains will help boost your concentration, enabling you to focus better and think more clearly. However, smaller doses of white kratoms, like White Bali, can be particularly effective. This is because such strains are less likely to trigger euphoria and a surplus of energy.

Overall, the key thing to remember when trying to unlock the nootropic effect of kratom is that it isn’t just about the strain. If you really want to improve your focus and concentration, then finding the dosage that works for you is particularly important. Learn more about kratom options by browsing trusted retailers online! What Is Flow State and how can Microdosing help achieve entering a Flow State:

A flow state is something that every human has experienced in their life at one point or another. It is the mental state of feeling energized, focused, and fully involved in the performance of an activity; also, simply known as “being in the zone.” When achieving a flow state, your brain drops from the Beta Wave thinking space and shifts toward Alpha oscillations. Alpha waves are the resting state of the brain and aid in calmness, alertness, integration of the mind/body and overall mental coordination.

How To Achieve Flow State?

Flow states can be achieved through practices such as meditation, yoga, sports, exercise, or mentally challenging yourself in some way and Microdosing psilocybin can aid in assisting this process. Microdosing can help users enter flow states due to its ability to dampen the effects of an often over-stimulated part of our brain, known as the “Default Mode Network” (DMN). The DMN is a large network of interacting brain regions that are known to have activity highly correlated with each other and distinct from other networks in the brain. The often over-stimulated DMN can cause humans to overthink and often step out of the “now” to question the past or future. There are many studies that suggest an overactive DMN can also cause depression. Since Microdosing psilocybin limits the DMN, the brain is able to make connections between networks that would otherwise not communicate with each other. With a limited DMN, the effects of depression are limited, new brain connections are created, and these factors ultimately aid in the entering of a flow state.

Microdosing Psilocybin will also remove the ego, which will allow the subconscious to shine. “Ego” is often associated with the prefrontal cortex of the brain, which has little activity when people are in a state of flow. This allows your brain to be free of making calculated socially influenced decisions and allows your subconscious to make immediate uninfluenced decisions.

Some may wonder if Microdosing on a continuing basis to avoid depression and entering flow states is beneficial or even feasible. The answer to that question is something that each individual must find on there own. Users of psilocybin have said that it allows them to find themselves and detach from the expectations set upon them by society, family, friends, etc. By opening your mind to who you really are and living your life the way you want to, entering flow states will come naturally on a day to day basis. Paul Stamets is an author, speaker, medical researcher, entrepreneur and mycologist. He is considered an industry leader in fungi as he lectures extensively on a wide range of mushrooms and how they can help the health of humans and our planet. He has led the charge on preserving many strains of mushrooms as he believes they have a wide range of medicinal benefits. Although Paul Stamets is the author of six different books, he recently gained more mainstream popularity after appearing on thel “Joe Rogan Podcast” for the second time. 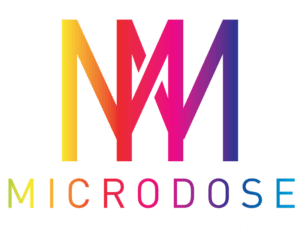